And it’s my website so I will. 🙂 I just finished the game which includes the true, or “secret” ending and I have thoughts. Be warned that there will be spoilers. Lots of them. Game changing ones if you haven’t played the whole game yet.

So if you haven’t finished the entire story yet then just move on unless you don’t care about it being spoiled.

The entire time I played the game up until the first “ending” I was disappointed in the story. I was ready to write The Phantom Pain off as my least favorite MGS game. Yes it’s a great game but I didn’t feel it was a MGS game, I realize it’s not up to me but it’s still how I felt. Up until the first ending I didn’t get my Metal Gear moment. I finally realized what people meant when they said the game ends abruptly. The first ending comes out of nowhere and does nothing to tie the story together, at least I didn’t see it. I fought and beat Sahelanthropus and that was it. Skull Face was dead and I still wasn’t quite sure what to make of him.

Normally once the credits roll I am done with a game but I kept MGSV in and started playing more missions. I skipped all the missions that were just harder versions of earlier missions and focused on the new story missions and side missions. Wow was I glad I did. The missions after the ending are so much better. The story is better and the cut scenes are nearly typical MGS length. They were heavy on story and actually explained things. Seeing young Psycho Mantis help young Liquid Snake steal Sahelanthropus was fantastic. As was hearing Huey talk about his son Hal. Watching the events unfold that eventually make up MGS1 was very rewarding. 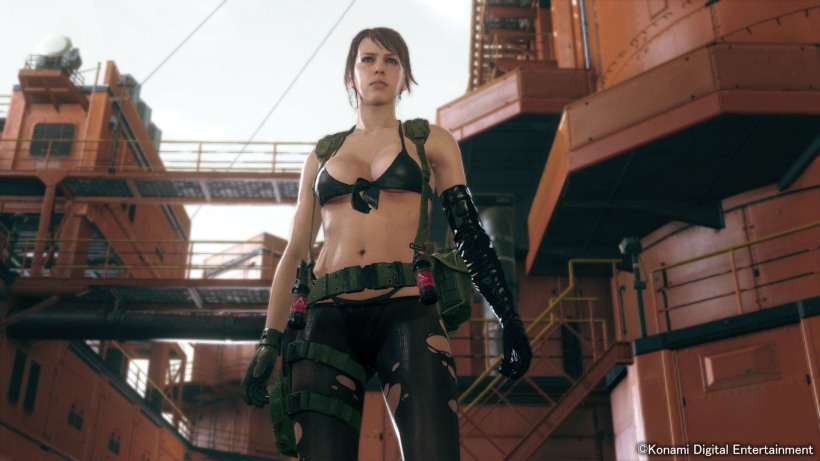 But my favorite part of the game, my Metal Gear Moment, was mission 45, A Quiet Exit. I already knew Quiet leaves at the end of this mission. And I could have skipped it. Mission 46 was unlocked before 45 and I could have completed the game without losing Quiet but I knew that once the final mission is over, I’d be done. I’ve no interest in Metal Gear Online. So I played the mission reluctantly, not wanting to miss out on story. I had a 100% bond with Quiet as she was, in my opinion, the only buddy worth using.

So I start the mission and after a major battle against tanks, armored carriers and a helicopter… actually after many battles because I died a lot… a cut scene played where she gets injured in the battle and Boss is rushing her to a helicopter to save her but they have to hide from a convoy of enemies. During this she is unconscious and Boss is holding her. He can’t move so he has to sit still as a cobra is slithering by. I guess the cobra felt threatened and decided to bite Boss. He faints and Quiet comes to. Knowing he will die she grabs the radio and calls for help, finally speaking to the team. But she does so in her own language which they can’t understand. She knows the consequences of speaking English and finally, reluctantly calls out to them in English. I was helpless to watch her save me, knowing it was the end of her.  Quiet is infected with a parasite that is activated by speaking English. They come and rescue Boss but Quiet is nowhere to be found. Boss tracks her steps to a cliff where she leaves a cassette tape for him. 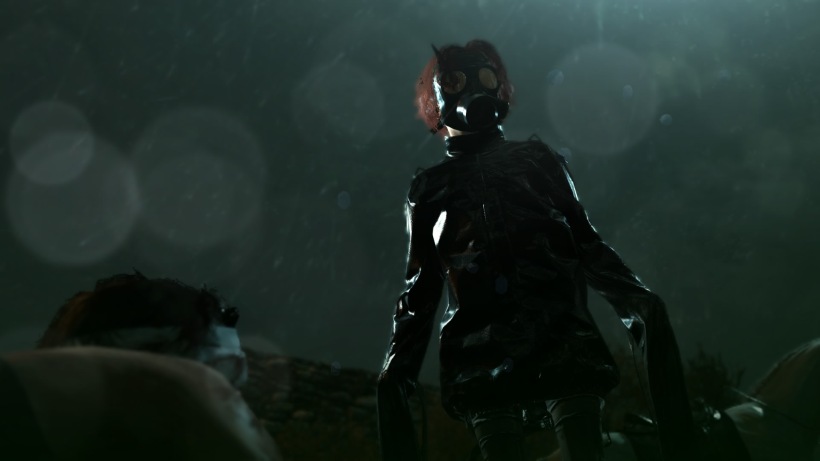 It was a bittersweet moment for sure. It was the only time, other than the cinematic of her and him playing in the rain, that the game really dedicated time to showing the bond between Quiet and Boss. I wish there had been more of it but I understand why there wasn’t. It made her final mission and final choice more impactful and meaningful not only for the Boss but the player as well. It was also the first time the game didn’t telegraph what was going to happen at the outset of the mission aside from the title, but at this point everyone knows she leaves after this mission.

Switching topics, I’d like to also touch on the fact that Big Boss isn’t the actual Boss at all but the random medic from Ground Zeroes made to look like and believe he is the Boss. I unfortunately had this spoiled for me early on, thanks asshole in YouTube comments, so it wasn’t a shock to me. That said, it will still a pretty impactful moment to watch. I’m still not sure how, or if, it has changed my view on the earlier games. However it now makes sense to me why Kiefer Sutherland was selected for the voice of Snake as opposed to David Hayter. Had I been Kojima though I would have had Hayter voice the real Boss during Mission 46. Having Sutherland voice both characters that are on screen at the same time got a bit confusing but it didn’t really matter at that point. It also would have ruined the big reveal at the end of the mission but still would have been cool. 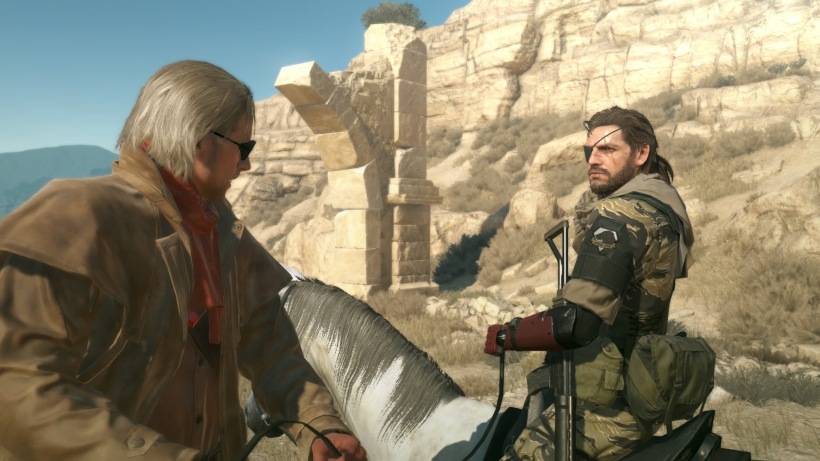 On that note I feel Sutherland did a fine job as Snake. Let’s be honest though, we knew he was going to be good. I didn’t mind it and not once did I wish Hayter had been brought back. That is until I finished the game. I started Metal Gear HD collection on my Vita and decided to play through MGS3 again and as soon as Snake spoke and I heard Hayter’s voice it was like putting on an old pair of slippers. It just felt right. The gravelly voice, the almost confused sounding dialogue and awkward delivery is how I know Snake and that’s to Hayter’s credit. He helped to make that character who he is and would probably feel out of place in a game with the tone of MGSV which adds to why I think Kojima made the decision he did. Maybe that’s why the game didn’t connect with me like the other ones either. Who knows.

I am still processing my thoughts on the game as is probably evident by this lengthy article. If it wasn’t for Quiet I probably would not have enjoyed this game as much as I did. The cast of characters were good, the writing was typical MGS which is great and the voice actors were phenomenal.  There was just something that didn’t feel right for me. I can only imagine what would have happened had I chose to kill Quiet during her boss fight. Thankfully it didn’t come to that.