After years of anticipation the wait is finally over….sort of. The demo for Super Smash Brothers was released on the Nintendo eShop yesterday at noon. The demo allows players to select from five different characters in a solo or group setting, but only one map and game mode are available. 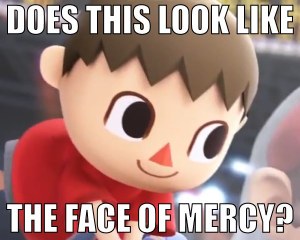 If You Liked Brawl Then You Will Like This

Maybe it was just my excitement overwhelming my mind but the gameplay felt faster, updated (obviously), and just all around better. The items are better, the assist trophies are better, and I am stoked for the actual game release on 10/03.

My favorite item would have to be the blue turtle shell from Mario Kart. Just like in Mario Kart, the shell follows the victim around the stage and then strikes them, throwing them off screen.  Along with the blue shell we also get Rainbow Road as a map. Unfortunately, this is not on the demo. The only map available on the demo is the Battlefield map. However, we are allowed to see all of the maps that the game has to offer in the map selection screen, including Rainbow Road.

The demo lets players view everything that the game has to offer:

This game has a lot of what Brawl and previous games had to offer, however this is definitely the most advanced game yet. I am very excited for its launch in the US on 10/03 at midnight. So, all in all, the demo is fun and I recommend it and I will definitely be buying Super Smash Brothers 3DS as I loved the previous games.