I finally got a chance this week to sit down with The Evil Within from Tango Gameworks. I spent a good hour and a half with it and went through a rollercoaster of emotions as I played it. They were not the emotions you may think. The game didn’t scare me at all so far. I went from excited anticipation, elation, disappointment, eye-rolling, perseverance and finally relief once I saw what the game will actually be like.

We know you took our lunches. Where are they?!

I heard the game was tough and as I’m about to finish my second playthrough of Dark Souls 2 I feel I am prepared for a tough game. Admittedly my death, literally 15 seconds into the game after the initial intro, was my fault..as was the second. The game takes no time letting you know death is not out of the question in this game.

Chapter one was interesting as it throws you right into some action without warning which I felt was an odd design choice. I’m no game design scientist but it was odd that they would do that when trying to establish atmosphere. It took me out of the game as that wasn’t what I was expecting. But thinking more about it, that’s exactly why they did that I’m sure. At the time though, I was not pleased to have one-hit kill chase/hide and seek moments right at the start. 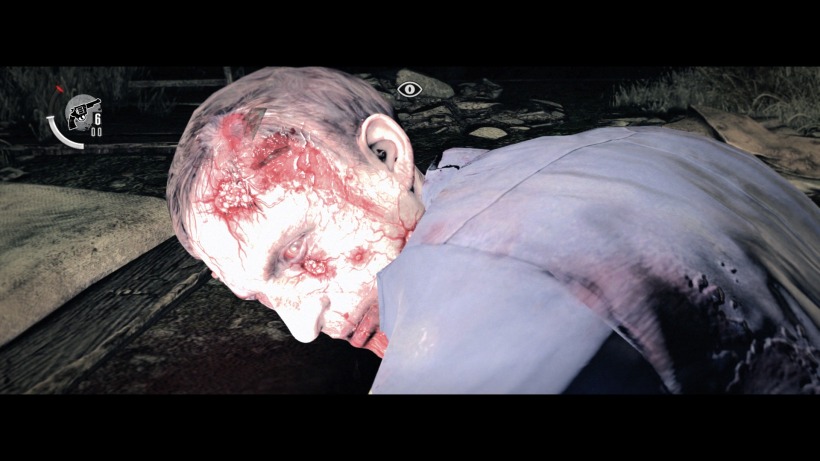 Once that was over and I was treated to an interesting way to upgrade the character, I was in Chapter 2 and finally getting full control over the main character. I also now realized that the black bars on the top and bottom are most likely not going away. I got used to them by the hour mark but it was still a bit jarring. Chapter 2 was very reminiscent of Resident Evil 4, which is no surprise since Shinji Mikami directed it. It almost felt like RE4 the next-gen remake. And that’s to the game’s credit. I walked through some woods and came upon a corpse on the ground and this is where an on screen prompt taught me about matches and lighting the dead on fire.

Anyone that remembers Crimson Heads from REmake knows why I was not pleased to see this. If you don’t know what REmake is, google it and then go to Amazon and spends a few bucks. Best Gamecube game ever in my opinion. As it turns out though they do not act in the same way. Apparently dead enemies stay that way and matches are more of a tactical weapon. I used a lot of matches before figuring that out. And by a lot I mean seven, but that’s a lot in a survival horror game.

Del Lago? It that you?

At the end of Chapter 2 I sat back and felt satisfied. I was not digging Chapter 1 at all, but this one was fun. It had great atmosphere and allowed either stealth play or action. I used a combination of both. It got me excited for the rest of the game if it’s anything like this.