I have been running the final, retail release of Windows 10 since the wee early hours of July 29th. I should mention that I was running the beta prior to that but will disregard my experience there and keep this about the final release that we are all now enjoying.

My morning on the 29th started off by me waking up at 5am. Not due to an alarm or anything that I set but because my body jolted itself awake at the sheer excitement of finally getting the actual release of Windows 10. I decided to race my machines. Desktop against Surface. I assumed my Surface would blow away my desktop due to the Surface having an SSD but it was closer than I expected. 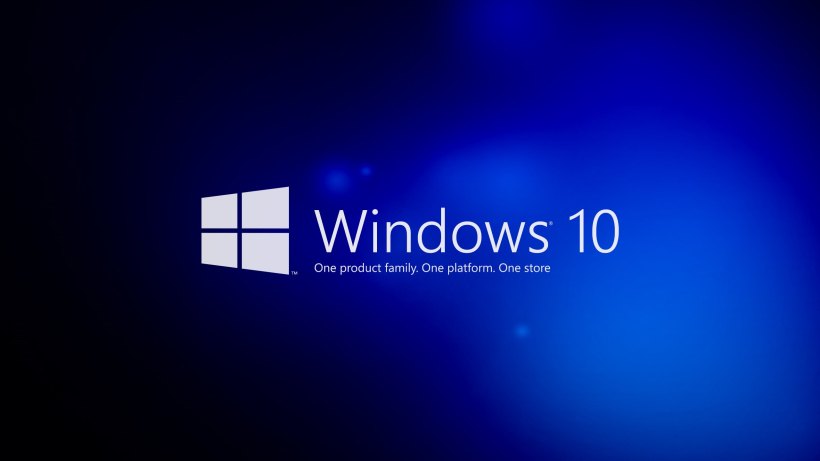 At first my desktop, running Windows 7, was not ready to upgrade. It had it downloaded but had not prompted me yet. So I looked at the Surface and it was ready. No matter, the race was going to happen. I fired up the ol’ command prompt on my desktop and force started the upgrade. Then got it ready for the Surface and was able to simultaneously get them going. The race was on! Immediately my desktop took the lead, maybe because it is running twice the ram and has a much faster processor. Either way it rebooted first. But then it was a race of hard drives. My desktop’s HDD is no slouch with a 10kRPM WD Velociraptor. However the SSD helped the Surface catchup and surpass the desktop. After that there was no catching back up. I was up and running on the Surface in less than 15 minutes. The desktop took an additional 10.

Another advantage was that the Surface really WAS up and running well before my desktop. NO driver issues, no hiccups, it was working perfectly so far. I had to reinstall my WLAN drivers on my desktop twice, but since round two it’s been solid. My video card was a different story. Windows 10 refused to install it properly even though the beta never had issues with it. I had to find a program to completely remove any trace of NVidia drivers. At that point Windows 10 automatically downloaded drivers for it. Thinking I was in the clear I reinstalled the GeForce Experience program and it downloaded a newer driver which installed fine. Great! But after the GeForce Experience downloaded and installed a driver that IT selected, it stopped recognizing my card. The computer installed it fine, the driver worked. But the GeForce Experience said, “Nope”. A few restarts got it working completely and everyone, myself included, was finally happy.

So with everything up and running I played around with it and was so very happy to be customizing this OS for now the final time I hope. I got my start menu setup like I want. I’m so happy they brought it back. I only ever used Windows 8 on my Surface and really liked it. It was a great tablet OS, but because of that I never really experience the annoyance of not having the “normal” start menu. So I transitioned from Windows 7 to 10 very easily.

All of my programs, data and media survived the upgrade just fine on both systems. And once I was satisfied all was well I downloaded an ISO for Windows 10 and deleted all the old backups and install files. All 30+GB on my Desktop and 10GB on my surface. There’s no going back now. I don’t care about the surface as I don’t keep anything major on it, but I backup my desktop regularly so its not big deal.

There’s not much else to go over as far as the features of Windows 10 that hasn’t already been covered over and over by other outlets. It’s a good, solid OS that is modern but still very familiar to old school users. I like some of the design choices they’ve made and not a huge fan of others but overall it’s good. I’m happy with it.

I do have a few complaints that I would imagine I’m not alone on so I expect to see them fixed sometime soon with an update. The first is using Cortana, who is fantastic by the way, for file searches so far has not proven to be very efficient. It also makes running command line inputs less efficient. A minor gripe, but a real one. Also both my desktop and Surface refuse to go to sleep. I have checked and changed the power settings and they still refuse to sleep. It’s not a major problem with my desktop but with my Surface if I forget to shut it down completely and stick it in the bag, it will stay on using the battery and cook itself. My Surface bag turns into a nice little oven. On the other end of the spectrum, my wife’s laptop has the exact opposite problem. Her laptop will go to sleep like a champ. So much so it refuses to wake up most of the time. But that makes sense as my wife also takes naps very easily and hates waking up from them.

There’s really nothing else interesting enough to write about. Aside from the sleep issues which should be fixed soon I’m very happy with the upgrade. The systems both run more efficiently, most noticeably my desktop since it came from Windows 7. If you have not yet downloaded it, I’d highly recommend it.