Let’s be honest, many Vita games that are born on the Vita never really make it much further in life. But Gravity Rush is different. Sony is releasing an HD version of Gravity rush on PS4 as well as making a full sequel to the game. The bad news? The sequel will be PS4 only, no Vita version of the sequel to the game that got it’s legs on the Vita. But I suppose that is not too surprising. It should also be noted that the game was originally going to be a PS3 title but was moved over to the Vita.

But this article isn’t about the sequel, no it’s about the original title released on February 9th, 2012. It is a third person action adventure game. You play the role of Kat, which is a very appropriate name given that you get your gravity bending powers from a little black cat that follows you around.  Kat is a young, blonde and very spunky heroine that is found by the afore mentioned cat and given the power to basically ignore the standard rules of gravity. She also has a pretty mean kick. 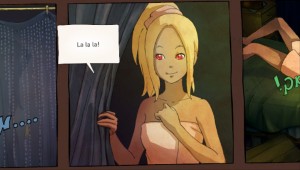 The game is mainly set in the town of Heksville which is broken up into four sections. Each of those sections are “lost” and overrun with enemies. It is Kat’s job to free the sections and bring them back to the main town. There is, of course, more to it but that’s a decent enough description of what the majority of the gameplay is centered around. The game also dabbles with Kat’s emotions as she comes to terms with her new powers and thus, responsibilities. Just like every normal person that becomes a hero at first there is worry, a little sadness, mistakes are made and people get upset. But eventually she gets the hang of it and the townsfolk come around as Kat starts to kick a little ass. 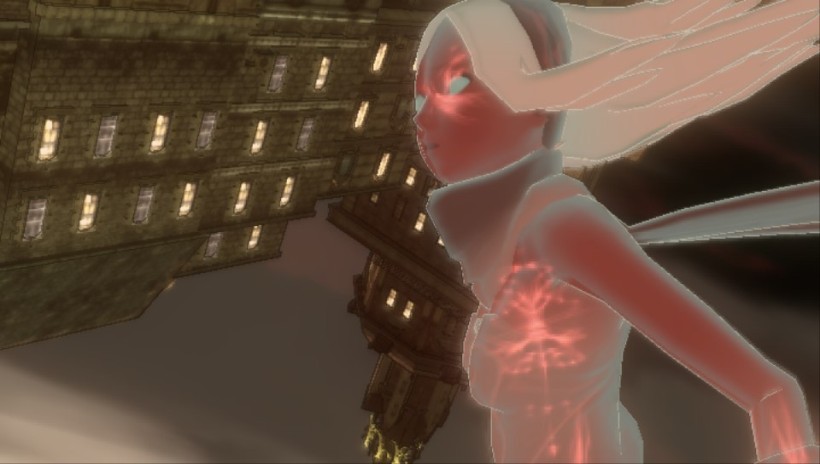 The gameplay see’s Kat bouncing from place to place fighting enemies. Her main attacks are her kick and her gravity kick which is a high flying kick, think Liu Kang from Mortal Kombat. As you progress she gains new abilities and can also upgrade her health and attacks. The game feels balanced enough to where it never seems to easy or too hard. 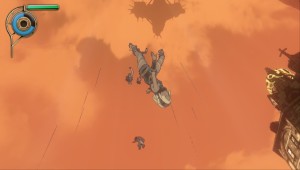 There are some areas though that seem needlessly difficulty. Kat’s gravity bending ability is tied to a timer that runs out fairly quickly. Many areas and boss fights rely on the gravity mechanic seeing as it’s the whole point of the game. That’s fine, but often I found myself completely out of sorts and spent most of my time trying to find my bearings as well as the enemies again after accidentally flying off into space. The few battles that take place in a more enclosed area are like a nice little gift since most are in the open and have a huge expansive space in which to fight. The mechanic of changing gravity and flying all over works well enough but gets a bit tiring towards the end of the game. At least it did for me. However I still had a great time with the game. 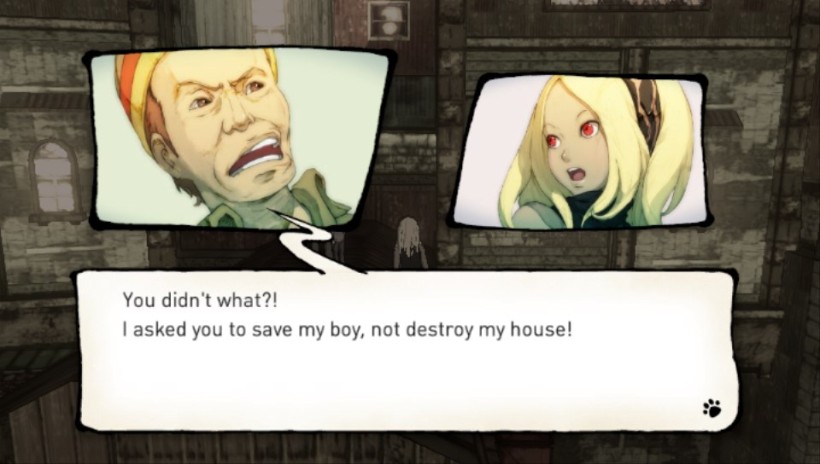 The presentation of the game is cool with a neat comic book style. Short cut scenes bookend most missions. They are interesting enough to not feel too long but not so short that the game feels light on story. I enjoyed what was there and it drove the game along nicely.

Overall I really liked the game. It’s not a game I kept running back to but when I felt like playing the Vita, and the cartridge was in the system, I played it. I played the game over the course of a few months. Again, it didn’t have a big draw for me, however when I fired it up and got a mission or two in on each play session I kept wanting to press on. I may pass on the HD remaster of the game but will probably pick up the sequel. I will say that if you have not played the game and want to then wait for the PS4 version. I love the Vita and had fun with this version of the game but I feel a bigger screen will do the gameplay more justice. It is typically one of the more well regarded Vita titles and I can see why. Despite it’s flaws with it’s controls it has a charm to it that kept me going and was very easy to pick back up and play. Graphically it looks fine, if not a bit too orange, but makes good use of the Vita’s power. 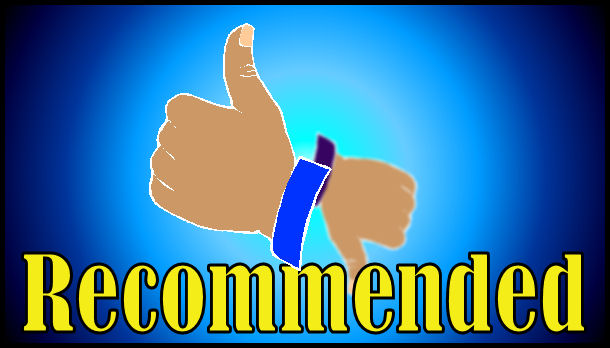