I really enjoyed Terminator Resistance for what it was. I’m also glad I got it during the recent Winter Sale on Steam for $29 as opposed to what I was going to do and get it on console at the full $60 price. Luckily it released on PC before it hit consoles, saving me some money, an important consideration when looking at Terminator Resistance. It’s currently 2020 and this game was released in late 2019. We have certain expectations for games now such as cutting edge graphics, high resolution textures and photo realistic human characters. Terminator Resistance has none of that. This game looks like it could have been released during the 360/PS3 generation, and had it been, it would have been a great looking game for that era.

I’m not really trying to jump out of the gate bashing the games graphics, but when you start the game it immediately stands out if you have been playing more recent shooters. But once you get into the game and get used to how it looks it’s never really an issue, but occasionally you will get up close to a muddy texture that reminds you that this game was designed on a tighter budget.

So does the game do anything right? Absolutely. The game definitely nails the look and feel of the Terminator universe. Being able to spend time in the future and participating in the war and watching the story that we kind of already know play out is fantastic. While the movies already tell us how the story plays out, its fun to see what actually happened during that time and meet some of the characters involved. Growing up, Terminator 2 was my favorite movie and is still in my top three if not still number one. So this game may fill a fairly large soft spot I have for it in my heart.

In addition to finding out what all happened in the future, which is an odd sentence to type, you get to take down a lot of Terminators! I found the gunplay to be satisfying and fun. You have conventional weapons as well as future weapons to choose from and they all tend to handle similarly but luckily it’s in a way that’s I felt was engaging. The future weapons need to be unlocked and will be naturally as the game progresses. The future weapons are from Skynet and in order to use them you essentially need to “unlock” them so humans are able to use them. It’s a mechanic that has been used in other games but in Terminator Resistance it basically locks their use behind a wall early in the game so they can force you into some stealth bits since conventional weapons do no damage to Terminators, even though nearly all other enemies take damage from them. It’s a bit frustrating as the stealth areas are easy to navigate and the AI is slow to respond and lose you quickly. It feels like forced stealth for the sake of having a stealth section. I would have probably enjoyed it more if those sections had been more engaging as opposed to just a game of hide and seek. I was craving having multiple ways to dispatch the terminators silently and moving on as opposed to just hiding. You do get access to a “Terminator Knife” later that can be used to quietly take down Terminators but it’s a limited, single use weapon. I see what they were trying to do with the stealth, but for me it fell flat. Thankfully the gun fights were engaging enough to keep me interested.

When you are not in combat there are areas that can be explored and side quests to embark on. The side quests typically involve exploring an area and finding an item or multiple items while occasionally confronting some enemies. Nothing groundbreaking but a welcome diversion. Personally, I enjoy short side quests that don’t take your attention away from the main quest too long so these were perfectly fine in my opinion.

Along your way through the story you will also encounter bases that you can engage with. These are Terminator strongholds that are populated with multiple enemies and turrets. You can either sneak in and hack it to destroy it, or go in guns blazing to destroy it by shooting the Plasma Containers. Your choice. I chose the guns blazing route. These are not necessary to completing the main story but they don’t take you off the beaten path very far and reward you with decent experience points so they are a worthwhile diversion.

Terminator Resistance also includes minigames for hacking and lockpicking. If you are a fan of the Fallout games then you will feel right at home with the lockpicking minigame. It’s essentially identical. The hacking minigame is basically Frogger. So if you like Frogger you will like hacking in Terminator Resistance. Luckily I enjoyed both minigames and became quite proficient at hacking. As you level up you can pump points into being able to lockpick or hack higher level doors/enemies but I don’t believe it’s essential to the game. Those upgrading those skills will absolutely help you get some better gear or make certain areas easier.

Most of the game is spent in wrecked, war torn city areas filled with dirt and concrete. Later inthe game you will visit an area overgrown with some vegitation which was a nice surprise and did a great job of breaking up the scenery. Your home base also moves a few times but other than serving as an area to re-supply and get some side quests there is not a whole lot to do there.

The environments do the movies justice and feel very believable as parts of the Terminator universe. I enjoyed my time with the game and would highly recommend it if you are a Terminator fan and have been wanting a game that would represent the franchise well. Just like the movies themselves, the good ones were made many, many years ago so it seems fitting that the game also feels like it’s from a few years ago. If you can get it on sale, go for it. Even at $60 for the console release it’s still a fun game to play, you’ll just be left wondering where all that extra money went. 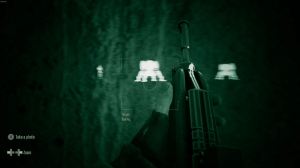