I even went as a VIP member! No I wasn’t invited, I just paid a extra for a VIP pass so I could avoid lines. But man was it worth it. Saturday was a madhouse. The image I used for this article was on Friday. Saturday was so jammed up that moving between the booths was more aggravating than I ever remember a convention being. So I was glad I was there on Friday as well to get most of the window shopping done as well as half my photo ops I had planned.

I went with the goal of getting photo ops with a few certain celebrities and seeing as I had prepaid for those I was pretty confident in my chances. I got photo ops with Henry Winkler, Alice Cooper, Ralph Macchio and Joey Fatone.

You may be wondering “Why Joey Fatone?”. Because he was fairly cheap and if you get a chance to meet Joey Fatone, you meet Joey Fatone. That’s why. And they were all very nice! Henry Winkler made sure to go out of his way to shake hands, hug and thank everyone that he took a picture with, at least during the time I was there to get my pic with him.

I also attended a panel called “The People Vs. Mass Effect: Andromeda” which was supposed to be a court room setting where people debate if Andromeda was a good game. However the people running the panel never showed up so once 20min went by the one guy in there from the convention just had us debate each other in an open forum. It went about as well as you’d expect.

Something I am always on the hunt for is swords. Specifically video game replica swords, but I require a certain level of quality. So far all I have are two key blades and the 2B’s Virtuous Contract from Nier: Automata. I have yet to purchase a replica Master Sword because, as usual, the ones I see at cons are either foam/plastic costume ones or not very good quality metal ones. Normally the metal bladed ones I see have a clearly plastic, exaggerated handle with a flimsy blade. Sure it’s just for show but I want something that at least appears to be made well. However this time I came upon a booth that sold about six variations of the Master Sword and I finally found one that had a metal blade, a normal sized handle and not flimsy. The handle cover is plastic but it feels higher quality with no give and I am very happy with it. So yay me, that is one off the list.

In addition to the photo ops I did I also got two autographs. I met Caitlin Glass who voiced Cammy in Street Fighter 4 and 5, among a whole host of other anime characters, and got a signed picture from her. I was actually the first in line on Saturday thanks to my VIP pass, she was super nice. I also stumbled upon a silent auction that was offering up a picture of Princess Zelda from Breath of the Wild signed by Patricia Summersett, Zelda’s voice actress. I set a proxy bid, and later that night was delighted that I won it! I was extra pleased since Nintendo is fairly protective of it’s properties and I rarely see anything from a first party Nintendo title that is autographed. Maybe they are out there and I just miss them, but I rarely see it.

The last thing of note that I did was visit a friend of mine who had a booth there. Gates of O’Brillin was booth 525 and is partly ran by my friend Brenda who makes hand crafted items that are absolutely awesome. Mostly steampunk inspired stuff and little decorated boxes. If you ever see them at a con, definitely give them a look.

The rest of my time spent was walking around and looking at all the awesome stuff that I wanted but ultimately decided not to part with the rest of my cash for as I’m in the process of building a house and need to save.

I had a good time and was very impressed by how thankful and welcoming all the celebrities were. My next planned convention that I’m going to is the Star Wars Celebration in Chicago next year. I went to the one in Orlando last year and cannot wait for this next one. There are a few that are more local to me before that I’m going to try and hit up but nothing major. If you’ve never been to a convention, try to find a close one and go. They are usually a good time.

Full disclaimer. I’m still working through this game but based on the eight hours I put into the demo and the additional ten hours I have in the full game thus far I feel I can comfortably talk about Octopath Traveler. So here we go.

END_OF_DOCUMENT_TOKEN_TO_BE_REPLACED

I have never played a Ys game. That has now changed. To be fair I’m only a handful of hours in but so far I am enjoying it very much. The game is available on the Vita, PS4, PC and Switch and I went out to buy it on the Switch, forgetting it was first out on the Vita. Out of curiosity I asked the local Gamestop if they had a copy on Vita since their Vita games are no longer on the shelf requiring you to ask for them as if they are a dirty magazine. Surprisingly they had a use copy with the original case. I’m a stickler for the case. No original case, no deal. 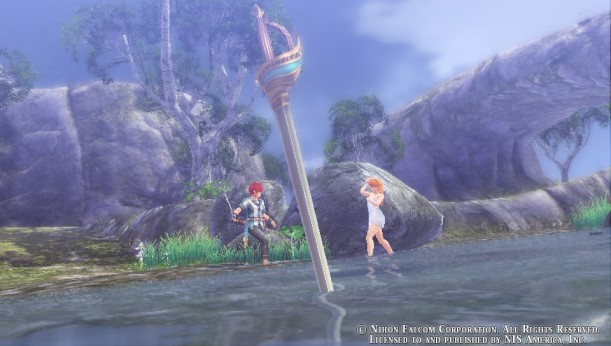 END_OF_DOCUMENT_TOKEN_TO_BE_REPLACED

I was tempted to call it a flawed masterpiece but there are two issues with that. The first is that I have not completed it yet and the second is that it’s not a masterpiece. However I am having fun with it despite it’s flaws.

Vampyr is a 3rd person action RPG set in London during the Spanish flu epidemic. You play as a vampyr, er I mean vampire, who has been recently turned and trying to still be a good person and help take care of the patients in the hospital you now work for while also solving the mystery of who turned you and made you kill your own sister.

END_OF_DOCUMENT_TOKEN_TO_BE_REPLACED

This is genuinely a big decision for me. I have been a Windows Phone user since 2011 when I got an HTC Trophy. Prior to that I had a Palm Centro and then a Palm Pixi, which to this day is still my favorite phone I’ve ever had. WebOS didn’t get the love it deserved. I did also have a Treo 700 with Windows but only for a short time. The Trophy with Windows Phone 7 was my first real experience with Windows Phone, which I will now abbreviate as WP for the rest of this piece.

I can blame, or thank, Palm for getting me into Windows Phones. I adored the Pixi for its form factor, despite its name. It was a small candy bar style phone that fit perfectly in my pocket. I had that phone for just over two years with no intention of getting rid of it any time soon. However the touch screen on it became unresponsive prompting me to have to do something. At the time I didn’t have the cash to outright buy a new one and the carrier I was with no longer offered it.