Driven by a being a sucker for “budget” games and a fondness for the Souls series I decided to give Thymesia a try. I knew nothing about it other than it’s a souls-like game. It’s very similar to Bloodborne which is, controversially I’m sure, one of my least favorite games in the Souls series. So will I walk away enjoying this one? Let’s see.

I am not a Far Cry fan. That doesn’t mean I dislike the series, it just means that I haven’t played the series. Far Cry 4 is my real introduction to the series. I do have the original and second in my Steam library with a total of 20 minutes spent between the two but other than that I went into this one completely ignorant of any storyline.

My initial impression of Far Cry 4 was good, I liked the way it started and it set the stage for me to want to know what is going on. But my exploration was short-lived since as soon as you gain control, you are thrust back into a cut scene and the story is laid out in front of you. The game actually lays out the story better than most other games at first. It’s a shame that after the first few story missions you are left thinking, “Why the hell am I doing any of this?”. The game also doesn’t do a great job of telling you that you HAVE to do some side missions to keep the story moving. I ran out of story missions and wandered around for over an hour before figuring that out.

END_OF_DOCUMENT_TOKEN_TO_BE_REPLACED

I’m on the delayed plan when it comes to Call of Duty. I don’t play the multiplayer so paying full price for a five hour campaign does not seem worth it to me but after a few price cuts, and a sale, the price finally fell in line…usually once the new one comes out. So I can’t wait to play Advanced Warfare next year!

For a series that’s known more for its multiplayer, I always have a good time with the campaign. It’s a shame that many people never even play it. Every single Call of Duty campaign I’ve played has been entertaining in some way. They later games seem to cram in a lot of different game styles, like a sample platter of the things you can do in multiplayer, into the campaign in a way that usually works seamlessly. It’s nice to break things up.

END_OF_DOCUMENT_TOKEN_TO_BE_REPLACED

It’s finally here! I purposely avoided any reviews, previews and screenshots of the game. I was very excited for it to come out and with high profile games I prefer to avoid any “contact” with it until I pop it into my console so I can experience it all at once. I don’t know why I do that, but I do.

It’s been a while since I played a Dragon Age game. In fact I didn’t play Origins until Dragon Age 2 came out. So, hearing good things, I bought Origins, Awakening and “2” all at the same time and binge gamed my way through them. It was a good time and I got fully immersed in the world. That was, however, long enough ago that I’ve forgotten most of it so Inquisition really is a new experience for me. Though, some of what they reference from the previous games seems…familiar at least.

END_OF_DOCUMENT_TOKEN_TO_BE_REPLACED

I just finished playing through this game and have mixed feelings overall about it, but at the end of the day I did have fun. A large portion of my enjoyment came from the gunplay which reminded me a lot of Army of Two, and that is never a bad thing.

You play the role of a soldier that turns the mission into a personal vendetta deep in the sands of Dubai. During the game you get to see what that means and how your choices play out. The mechanic of making choices in games are seldom done with major consequences and Spec Ops is no different but at least it seems like it makes an impact on the ending, I didn’t play a second time to find out. But it adds a little something extra.

The graphics do the job and the sand that flies in the air during sand storms or when a grenade explodes looks fine. There are a few times when you can bury your enemies in a ton of sand by shooting out windows but this is never fully realized as a common strategy during the game. The game looks good and the overall atmosphere is successful at setting the tone of the game.
END_OF_DOCUMENT_TOKEN_TO_BE_REPLACED

First thing’s first. Like other reviews, mentions of Dark Souls will be made. The game does stand on it’s own merits but comparing it to From Software’s game helps put some things into perspective; we will keep them to a minimum if possible. So with that said, do we recommend Lord’s of the Fallen? Well here we go! 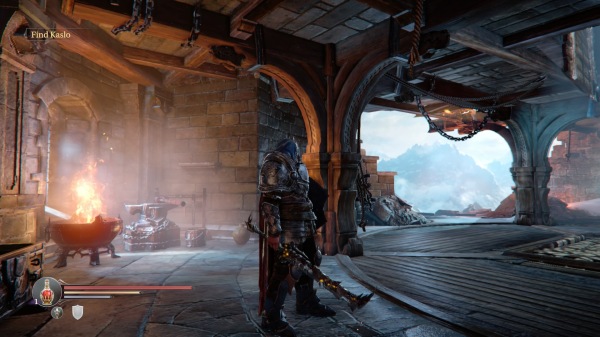 END_OF_DOCUMENT_TOKEN_TO_BE_REPLACED

Late but it’s done. This segment I meant. Day Four is here and I won! I finished Mars and hit level 20 to start a new saga on my journey to… well, be better at Destiny.

Look at that thang!

I was taken back the first time I saw the Cabal. They were nothing like the previous enemies. Big, huge space marine type enemies. They fell easy enough, but posed a challenge once I started fighting Centurions. END_OF_DOCUMENT_TOKEN_TO_BE_REPLACED

Day three took me to Venus and I finally fought a different enemy! Woohoo!! Technically the moon had new enemies but let’s face it, the Hive are basically the Fallen in different clothes. I’m kidding, but it did feel like I fought more Fallen on the moon than Hive.

But the new guys are Vex and they are probably the creepiest enemies in the game so far. They don’t look creepy necessarily but they all just march, in great numbers, right for you. And shame on me for forgetting to screenshot them.

END_OF_DOCUMENT_TOKEN_TO_BE_REPLACED

Me with the Traveler.

Day Two was more exciting. I made it to the moon! I also participated in a Strike mission. That turned out to be a lot harder than I thought it would be. Yes, that’s a multiplayer mission however since it’s a forced multiplayer mission and not really a story mission, I’m not going to count it against the playthrough.

I discovered that I enjoy doing the Patrol missions and that, if done right, you can level up fairly easily by stacking a few bounties that you can knock out all at once. I was able to complete bounties that required 100 Head Shots, Earning 9000xp without dying, 30 Melee kills without dying and complete six moon patrol missions all at the same time. Cashing those in almost got me enough experience to skip an entire level.

END_OF_DOCUMENT_TOKEN_TO_BE_REPLACED

Just got to install it first….

Day one with Destiny was quite the learning experience. I played the Alpha which just tossed you into an area with no direction and since it was an alpha, I didn’t mind. I skipped the beta because I didn’t want to know any more about the game before playing it. So when I started it up at first I was all… 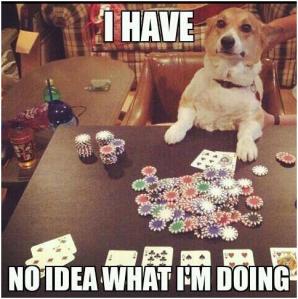 Once I got passed the intro level I stared wandering around the first section with little purpose or direction. I was level 2 and kept getting killed by level 6-8 enemies. Which I should have! I was just wondering why I wasn’t finding any enemies scaled to my level. It took me about half an hour to realize that I had just wandered too far out of the area I was supposed to be in.

END_OF_DOCUMENT_TOKEN_TO_BE_REPLACED

With Destiny releasing tomorrow night, technically Tuesday, I am going to start a new section here. As I am a fan of single player experiences I am going to try and complete the game completely on my own. By that, I mean the main campaign, I read it could be done but will be very hard. I will update this with stories, screen shots and videos of my adventures, or failures, as it goes on.

FYI, spoilers WILL be present, it’s just the nature of the beast.